The four horsemen of the apocalypse are four biblical figures from the Book of Revelation revealed at the unsealing of the first four of Seven Seals. Each horseback rider represents a different facet of the apocalypse:

The Book of Revelation is a difficult book to comprehend due to extensive symbolism. However, not everyone desires to read the last Book of the NT or understand end-time prophecies. Many are terrified because they fear future judgments coming on humanity.

Why do most readers of Revelation fear the prophecies of this last book in the NT? Probably because of a sinful lifestyle outside the teaching of scripture!

Revelation promises Christians blessings and hope. But warnings sinners of what is to come to those living without Christ. If you are born again, there is nothing to fear,  unless you are living in SIN.

Scripture tells us, “God is not willing that any should perish” (2 Peter 3:9 NIV).

The Apostle John’s Revelation From God

The Apostle John is given a glimpse into the future of God’s people and events that will affect humanity.

Not everything John saw was good, but as a “True” follower of Christ, you need to hear and understand what is at stake if Sin dominates your life!

God does not want any to perish. God is Holy and can not be in the presence of unholiness. If we sin and dishonor his commandments, it is not God who will send you to Hell but your irresponsible choices!

John is shown a mosaic of drama with a majestic view of the future where God reveals the fall of man and evil, culminating with the rise of the Anti-Christ (Rev. 4:1-18:24).

Some speculate John’s exile was a punishment from the Romans, but it was a blessing from God who wanted us to know the repercussions of Sin!

John describes the Book of Revelation as a panoramic and wondrous view of God’s plan for humanity.

God loves us and has chosen to reveal the future to anyone desiring to understand future prophetic events.

There will be a great victory when Jesus returns; then, he will save those who trust him, and judgment will come to the world!

The White Horses of the Apocalypse

There are warnings of the 4 – horses from the Book of Revelation on the Apocalypse! Yes, there are many warnings, even as I write this, the apocalypse horses are making their assigned rides!

As followers of Christ, you should see the evidence of their ride and affects in today’s world, understanding God reveals many things to his followers, but we may fail to understand the implications!

The broken Four Broken Seals of the horsemen reveal humanity’s history and how God will use Satan and his enemies to accomplish his purpose. These horses forecast coming judgments on the world. For God does nothing without giving humanity a chance to Repent.

However, if you refuse to read God’s road map, You Will Be Lost!

The White Horsemen Of Prophecy

The 4-horses of end-time prophecy reveal God’s coming judgments. He is coming to judge those who rebelled against him.

God’s judgment and decision have been forthcoming for humanity since the fall in the Garden of Eden.

God already destroyed the world during Noah’s time But showed favor to him and his family. Yet, after the flood, God promised never to destroy the world with water again; next time, he would use fire to destroy the world.  This promise of fire, not water, indicates that God knew humanity would sin again and need punishment in the future.

Political correctness has taken over the United States, a nation founded on religious principles. Even the principles of God no longer exist. The so-called Church has become like the world, silent against Sin.

The First Rider of the White Horse is likely a False Prophet or Church claiming to teach the word of God. The False Prophet will support homosexuality and other sexual and worldly sins. The One World religion will deceive the world.

There are False Prophets among us right now, claiming to teach and preach the word of God. Speaking openly against God by admitting to homo-sexuality or involved in same-sex marriages, which the church and Elders allow.

Many 21st Century churches have become indoctrinated by worldly teachings that are not scriptural.  Unscriptural sins were once unacceptable, are now acceptable as Christians refuse to disagree with unscriptural world views.

The Black Horse of Prophecy

The rider of the Black horse represents scarce Food and Famine. There are many news reports of starvation in countries less fortunate than the United States. Many nations support the rider on the black horse by spreading  Socialist views leading to famine and destruction. Third World countries are suffering from starvation like the world has never seen.

Venezuela was one of the wealthiest countries in South America. But the residents of the country can be seen in evening news are running behind garbage trucks begging for refuse because of hunger.

*The crisis intensified under the Maduro government, growing more severe as a result of low oil prices in early 2015, and a drop in Venezuela’s oil production from lack of maintenance and investment. … Most critics cite anti-democratic governance, corruption, and mismanagement of the economy as causes of the crisis.

The United States discards tons of food each day,  while other nations do not share this luxury.

In the future, according to scripture, wheat will be costly; not even the citizens of the United States will be able to afford bread; it will be a luxury. And, anyone refusing the Mark of the Beast (One World Government) will be unable to buy or sell without the Mark (Revelation 13:17)!

The worse is yet to come!

Power to Remove Peace, Rider of the Redhorse.

This red horse is galloping around the world, sowing discord among the nations. There are wars and rumors of wars!

Scripture supports the events happening in our world today. But many people never read their Bibles, so they have no idea why the world is falling into darkness and Casio and bloodshed is on the rise in our streets!

Disrespect for law and order as Governors stand watching as citizens and children are slaughtered in the streets and cities burn.

This horse described as carrying the grave.

The description of having the grave indicates numerous deaths as the rider completes his assigned ride.

Recently the world has been afflicted by a Pandemic outbreak of diseases that has no known vaccine.

Unlike AIDS, usually contracted by sexual sin, is killing thousands! COVID-19 is airborne and on surfaces. The Pandemic has led to the closing of schools, churches, and other venues. The world has been forced into Social Distancing, leaving many Americans unable to work. Thousands are losing their lives to the dreaded disease as we wait and pray for a vaccine.

Apocalypse Are Riding Now! The riders were given the power to destroy one-fourth of the earth (Rev.6:8).  In Rev. 6:8, God is not destroying the whole world but a small section giving humanity time to repent of their sins.

God’s judgment is not complete!

Even in the wrath of God, there is mercy and love! He could have destroyed the world without giving humanity any time to repent from sin but has chosen to provide the world with downtime to think and pray.

The Purpose of Prophecy

Believers in Christ should know the purpose of prophecy is to save those who have strayed away from the Bible and the teachings of God’s word.

God’s love and mercy for humanity are like the days of Noah!

Scripture tells us that there will be a time very much like the days of Noah.  (Matthew 24:37-38-39 NIV) supports this claim.

God will not remain silent as humanity against the Holy Bible. Sin and perversion will not be tolerated!

God has chosen to speak to us through Prophecy, warnings from God to humanity to Repent from Sin!

Jesus was sent to save us from our sins! Christ came from heaven to take our punishment for sins that were not his own.

Why? Because of love. Jesus is incapable of sinning, though he was 100% human! Yet, He never sinned!

Below are resources to help you understand the riders in the Book of Revelation. I recommend using the best Bibles to study and assist in understanding God’s word.

The Life Application Bible is the best in understanding the scripture if you are a new believer. The text is described and explained with examples that you need in your new path to Christ!

The Life Application Study Bible is today’s #1-selling study Bible, containing notes that not only explain difficult passages and give information on Bible life and times, but go a step further to show you how to “take it personally,” as God’s Word speaks to every situation and circumstance of your life! It’s the one Bible resource that incorporates today’s top scholarship in answering your real-life questions and includes nearly 10,000 Life Application notes and features designed to help readers apply God’s truth to everyday life. Text Size is 7.70https://amzn.to/2VtWHCp 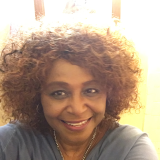 Hello, and many thanks for visiting.

The past year has been challenging, with lives lost due to COVID, leaving many families in shambles. However, the events should have been no surprise, though it may not have become apparent, we are moving towards the return of Christ. However, the events we are now experiencing are nothing compared to what's ahead!

Thank you for visiting. I pray the site was informative.

Feel free to email pat@pastoralteachings.com or leave us a comment. We ask that your comments be respectful.